Our Most Important Week

Abide With Me – Ian Ayris

Each book will also be given away free for a very short period on Amazon Kindle as part of a promotion to get the books a wider and richly deserved audience. We have sent out copies of each book to numerous book reviewers at all of the national daily newspapers and other important media. We done this even though we knew these reviewers are tied up with books from major publishes in the hope that they will be prepared to look at something new. Each book will be supported with a book tour at regional level thanks mostly to the support of Waterstones, and often put a jeopardy by Gardners squeezing the life out of our wholesale discount and adding delay to the fulfilment process. Each book will be supported with a public relations campaign targeting the media at national, trade, regional and local levels.

Unlike the major publishers, we cannot flood the stores with thousands of copies of each title. We have to work very much at a one to one level because of an arcane ordering and distribution system monopolised by Gardners and Bertrams who are happy to take over 21% of our wholesale discount for doing nothing except delaying the ordering process. Despite trying for over two years to persuade Waterstones to deal direct with Ingram (a company with excellent distribution links to the book industry) and keep the entire wholesale discount they drag their heels and offer lame excuses. The sad thing is this denies small publishers anything close to parity with the larger publishers whose cost per unit is pennies not pounds.

So we fight the best way we can and that means we have to be aggressive and take extraordinary risks with our new titles by giving them away free on Amazon Kindle in the hope of gaining a ground swell of downloads and taking on larger publishers in a fight for the readers attention.   We have to be more aggressive with our approach with book signings and fighting for space in regional and local media and occasionally grabbing the attention of national media. Nothing is taken for granted and nothing is expected. Every fight, every battle won no matter how small is a victory of hard work and the extraordinary talent of the writers and their books which truly deserve as large an audience as possible. 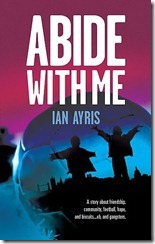 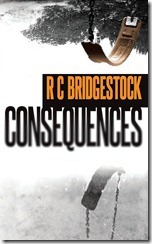 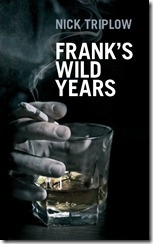 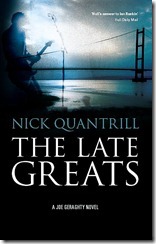 Posted by Caffeine Nights at 12:51

You'd think -- being the biggest book distributors on the planet -- Ingram would be the struggling brick-and-mortar bookstores' obvious go-to choice. For smaller publishing houses, it's an up-hill and largely thankless battle all the way. Though ebooks are said to have leveled the playing field (to some extent) -- even in digital, the Big Six and brand-name authors get online store exposure small independents can only dream of. Luck to Darren and team and to their wonderful authors. They deserve it after the time, skill, selfless effort and sheer hard work no major house with all its money and specialised departments covering each element of the business puts in on a mere (salaried) five-day-week. Neil