Over the past few weeks there have been some developments in the world of tablet computers with Microsoft and Google both entering the foray. Microsoft’s Surface is a really interesting addition on a number of levels, not only will it operate on Windows new 8 platform but it benefits from the recent link with Barnes and Noble bringing the Nook and B&N’s ingress into an established eBook platform to potential buyers. 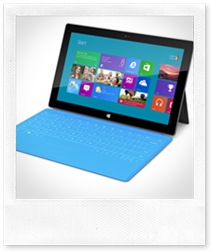 Then this week Google announce the Nexus 7. The Nexus 7 is operating on an improved Android platform ‘Jellybean’ promising a faster, smoother experience and fully integrating with Google ‘Play’, Google’s rebranded ‘Marketplace’ and a much needed absorption of Google Books or Editions or whatever Google fancied callings its digital book platform this week. What is amazing about Google and eBooks is the enthusiasm it approached the market and the total lack of impact it has had with sales. Hands up those who have purchased an eBook from Google? Not many. 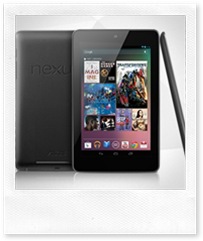 Google are pricing Nexus 7 at an astonishing £159, a price that would make other Nexus 7 models, Roy Batty included blink bug eyed. Clearly this is an aggressive stance to try to steal thunder from Amazon’s Kindle Fire and not Apple or even Microsoft’s coming Surface.

Microsoft are being cagey about their pricing of the Surface but this will be a machine aimed squarely as a serious contender for the iPad. None of these machines are true dedicated eReaders they are entertainment consoles which offer the ability to read eBooks, so are they game changers or just game players. The truth is this is an evolving market and there is room for each and each will find an audience. Sales wise Google are staring from ground zero and will make the initial gain on sales growth (probably at the expense of Amazon) with the Nexus 7 being priced so favourably. There will be much hyperbole from all camps and from each camp’s dedicated followers but when the dust finally settles all that we will see is a more mature market. The surprising thing is that despite all of the colour and functionality many will prefer reading eBooks from boring old slate grey dedicated eReaders such as Kobo’s eReader Touch or the Kindle. The good news for publishers and readers though is the expanded choice offered to them.

Posted by Caffeine Nights at 12:25 No comments: Links to this post